For Sales For Lease
Beverly Hills 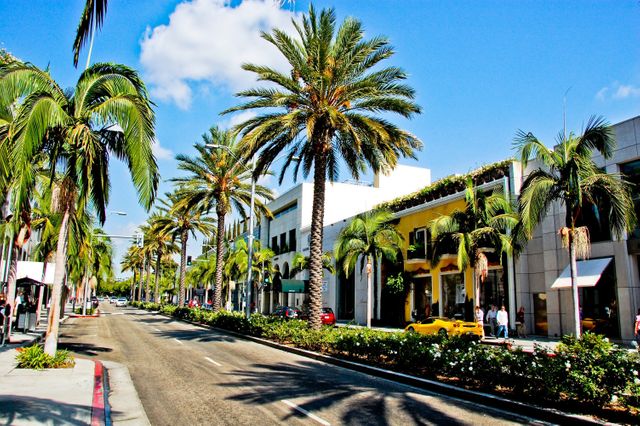 Beverly Hills carries a reputation for luxury, elegance and stature unrivaled in the world. Walking down Rodeo Dr, you will become immediately aware of the area's international stature. However, Beverly Hills is more than glamorous storefronts, its a real city with distinctive neighborhoods and character. The Golden Triangle is the focal point, where luxury lives, breathes, and continually competes with itself. Like a downtown of a big city, but on a more intimate scale this area is almost exclusively commercial. Immediately to the north is the area known as the Flats. What makes the Flats so prestigious is simply is scale, visibility, and its history - The Flats is where it all began, or rather, where the people who created Hollywood, lived. Although those original 1910-1920's homes are gone or substantially altered, they laid the precedent of the neighborhood as the premier destination for the image-makers of not just Hollywood, but every leader of fashion, entertainment and technology. To the north of this area, lie the portion of where the canyons descend into the City. Equally luxurious as the flats, the portion of Beverly Hills north of Sunset is oftentimes more expensive, simply because it offers views and lot sizes far larger than those of the adjacent neighborhood to the south. Although not as prominent in people's imaginations, is the section of Beverly Hills to the south of Wilshire. This area offers a true-community feel of somewhat modest bungalows, tree lined streets and homes where you can still purchase for less than $3M. Besides the lofty price tags, and personalities it attracts, Beverly Hills is also a small city - a small city surrounded by Los Angeles. For those that live here, the insular nature of small communities is felt in the friendly atmosphere you encounter at Roxbury Park, seeing your neighbors at the Whole Foods, the High School Plays at Beverly Hills High. It really is a true community, and that is probably more of a reason to live here than anything else.
New Developments
Notable Sales
Property Search
Join Our Network
Keep up to date with the latest market trends and opportunities in Los Angeles.
Skip to content