For Sales For Lease
Santa Monica 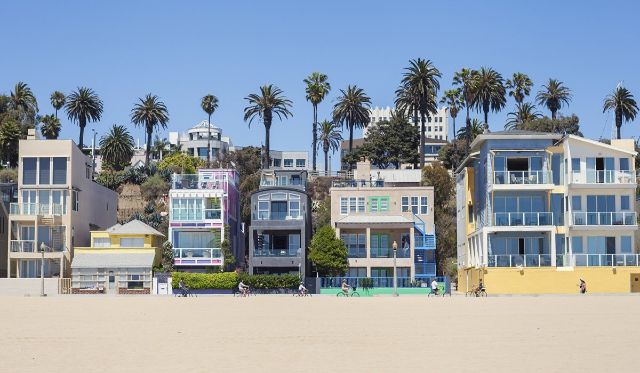 When people think of LA, images of beaches, ferries wheels overlooking the Pacific, and palms trees lining the streets filled with Spanish Colonial Revival Mansions. What people are imagining is Santa Monica - which is actually an independent city with its own downtown, it's school system and its own economic metonym - Silicon Beach. In the past 10 years, the explosion of the tech industry in greater Los Angeles has largely been centered in Santa Monica. As a result, the city has seen a dramatic rise of development, high-paying jobs and an explosion in housing values. Many residents have mixed feelings about this, especially if they moved in decades ago when it had a distinctly counter-culture feel. However, the city today is an interesting mix of new and old, think quaint bungalows owned by computer programmers. Few areas have appreciated in the past 20 years as much as Santa Monica and it's easy to understand why. It has the beach, it has a bustling downtown and several charming residential areas. When the rest of LA is suffering from the summer heat, Santa Monica is noticeable cool and breezy. The patchwork of neighborhoods is another noticeable draw. Adjacent to downtown and along Wilshire Blvd you have fairly high-density neighborhoods of 2-3 story apartments. To the north you have the famed "North of Montana" neighborhood which rivals the Beverly Hills Flats in terms of desirability. Further north, along the border with Pacific Palisades, is Santa Monica Canyon which feels like lush, well kept secret, full of mid-century masterpieces like the 1949 Eames House. Santa Monica is uniquely LA while being its own entity, a paradox which isn't lost on its residents who love their acclaimed city.
New Developments
Notable Sales
Property Search
Join Our Network
Keep up to date with the latest market trends and opportunities in Los Angeles.
Skip to content