For Sales For Lease
Beverly Grove 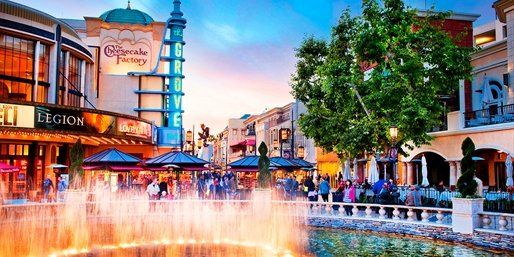 Beverly Grove takes its name after Rick Caruso's The Grove, which transformed the area from a relatively generic Central LA neighborhood to something worth shopping, investing, and living in. On a map this area may still be found under the names of "Fairfax" or "Oakwood" but those are generic, outdated and don't reflect the current reality of the area. Beverly Grove benefits from being close to both West Hollywood and Beverly Hills, the two city's from its northern and western boundaries. Besides The Grove and Farmer's Market - which forms the center of activity for the area, Beverly Grove is home to the interesting portions of Melrose, Beverly and Fairfax Dr. These streets are the emblematic portions of West LA. The rows of boutique stores, upper-middle tier restaurants and interior design showcase rooms. Adjoining these are the blocks and blocks of 1920's - 30's bungalows, duplexes and small apartments. Concurrent to the area's general renaissance as a premier Los Angeles neighborhood, has been the (over)development of what some may call "McMansions" in the area. Which to be fair, aren't the faux-Chateau monstrosities blanketing America's suburbs, but rather blocky modern homes built to the maximum allowable proportions, generally featuring similar material palettes, color schemes and ambience. These constructions have been selling between two and three million, although there has been a very telling increase in the number of days these types of home linger on the market. In a more general sense, Beverly Grove is emblematic of Los Angeles as a whole - straddling the line between urban density and suburban scale, historical restraint and contemporary ambition, Beverly Grove is the microcosm of Los Angeles which makes this area so interesting.
New Developments
Notable Sales
Property Search
Join Our Network
Keep up to date with the latest market trends and opportunities in Los Angeles.
Skip to content