For Sales For Lease
West Hollywood 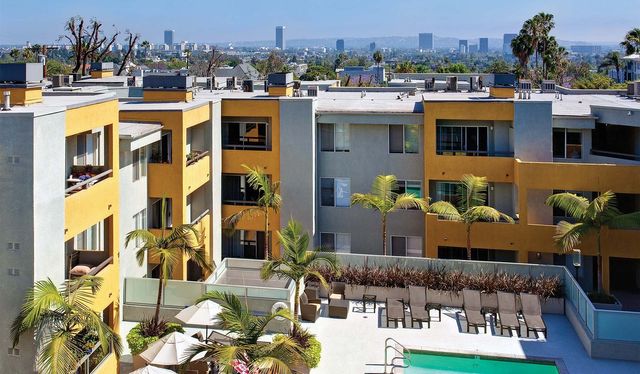 The real estate saying goes "you buy what you can't change" and it's immediately clear why so many people want to buy in West Hollywood. It's central, it's dense, it's walkable, eclectic, and exciting. So far, West Hollywood has been remarkably strong in retaining its vibrancy even as it becomes increasingly unaffordable. The average single family home in WeHo now costs 1.2M, which when you take inflation and wages into consideration is as affordable as Beverly Hills was in the early 1980's. To some this change to an up-market locale is alarming, and neighborhood council meetings on proposed developments are a testament to that. For others the growing affluence is nothing but a positive. Overall, the fact that the people who live here care so much about the way their city performs as an urban environment proves how great the city is. In terms of the built environment, West Hollywood is classic LA hodgepodge. The eclectic mix of low rise storefronts, squat 2-4 story apartment buildings with the odd Art Deco era apartment building poking above the canopy given it's pre-zoning era construction, alongside the lovingly restored bungalows built in the same area. West Hollywood is also a polycentric city with many nodes of activity. These are centered around the following streets - Santa Monica, Sunset, Cienega, and Melrose. Santa Monica bisects the city and forms the closest thing to a "main st" - featuring many stores, restaurants, and nightlife. Sunset is the focal point for music & entertainment, home to such locales as the Roxy, Viper Room, Improv and Comedy Store. Melrose is a center for boutique fashion and La Cienega provides an auxiliary shopping area.
New Developments
Notable Sales
Property Search
Join Our Network
Keep up to date with the latest market trends and opportunities in Los Angeles.
Skip to content