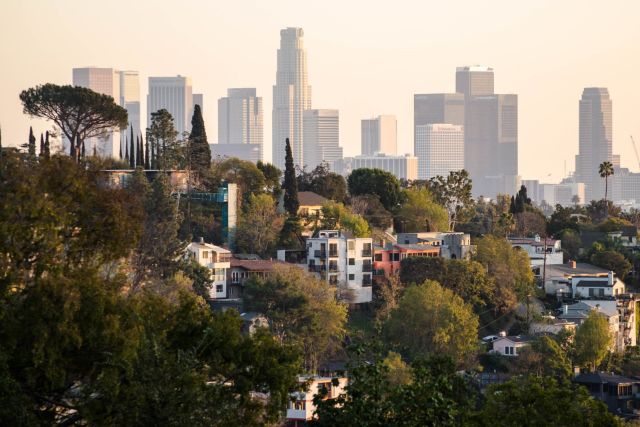 Like its neighbor to the Northwest, Los Feliz, Silver Lake feels a bit like an island - cut off from the rest of LA by a series of geographic/infrastructure boundaries. This may be the reason why it has becomes such an enclave for artists and other creative types. For much of its recent history, Silver Lake was very affordable, which attracted those aforementioned artists. However, this changed rapidly in the 2010's as an increasing number of upper-middle class professionals discovered the charming 1920's Spanish Colonials, 1930's Streamline Moderne's, and later Midcentury Moderns that fill the neighborhood. The neighborhood has a uniquely strong civic character, the eponymous lake in the middle of the neighborhood functions as a communal backyard, and the commercial corridors of Sunset Blvd and Hyperion Ave are full of character. Another feature of the neighborhood is its remarkable topography. Several hills dot the area, and the street layout doesn't conform at all to the dominant Los Angeles grid. As a result, many of the homes have stellar views, and the streets have much more of a quaint, scenic feel to them. Residents love the unique aspects of the neighborhood, its proximity to downtown and its eclectic mix of architecture. Despite the recent waves of gentrification, many of the independent retailers remain. There are many prominent art galleries, music venues and the comedy club or two. Overall, the area is still comparatively affordable and has seen less construction of spec mansions than areas further west. If you want to experience a more bohemian slice of Los Angeles, Silver Lake is ideal for you.
New Developments
Notable Sales
Property Search
Join Our Network
Keep up to date with the latest market trends and opportunities in Los Angeles.
Skip to content