For Sales For Lease
Sunset Strip 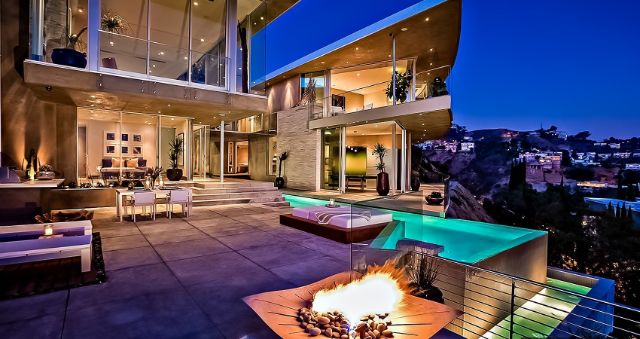 The Sunset Strip is technically a sub-section of West Hollywood, but when people talk about it, its generally referred to the stretch of Sunset Blvd between Doheny and La Cienega, the apartment blocks to the South and the section of Hollywood Hills West that adjoins the famous blvd. Functionally, its an epicenter of music and entertainment in general. Although a far way off from its 1980's heyday - The Strip is home to such landmarks as the Roxy, Viper Room, Whiskey a Go-Go and The Rainbow. The area also boasts the original Saddle Ranch, Comedy Store, and Sunset Tower Hotel. If one travels further west, closer to Doheny, you pass through the "Sunset Plaza" district, which is roughly a three block stretch of boutique stores, high end restaurants and some of the most desireable real estate in all of Los Angeles. While immediately to the south of the blvd are the blocks of apartments, the area directly north of Sunset Blvd is where the true interest lies. This area, is known as lower Sunset Plaza and The Bird Streets. Both areas have in the last 10 years, become synonymous with ultra-luxury, prestige and international desirability. While the district has always been luxurious, its only been in the recent past that this area has exploded with activity. The reasons for this are actually quite clear. The vintage rock venues have slowly been replaced by upscale nightclubs, which are more attractive to well-heeled international buyers. Architects have more leeway for expressive designs that would otherwise be restricted in West Hollywood or Beverly Hills. Compounding these two factors is the ascendancy of the tech-rich, who are drawn to the daring architecture, centrality, views, privacy and prestige that comes from living here. In sum the Sunset Strip is an area tailor-made for Instagram. It has the lights, the nightlife, the entertainment, architecture and people to match. Its an exciting place best suited for equally exciting people.
New Developments
Notable Sales
Property Search
Join Our Network
Keep up to date with the latest market trends and opportunities in Los Angeles.
Skip to content