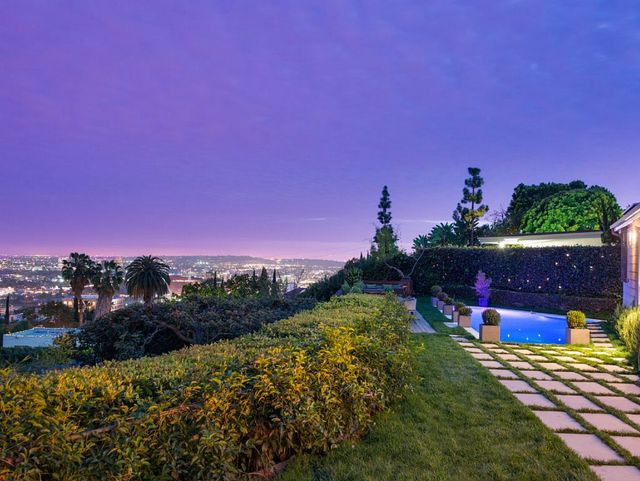 It's said in everyday conversion as if it's a discreet object, but Hollywood Hills is really just the district of neighborhoods built into the hills over looking the city from the border of Beverly Hills to the west to Cahuenga Pass to the east. Whereas neighborhoods are typically understood by the larger commercial thoroughfares that define their boundaries, Hollyhood Hills and it's sub-neighborhoods ought to be understood topographically. The smaller ridges and valley that compose the larger canyons are all small little world that can feel quite insular. Ultimately this creates an environment where pretty much every street feels like its own enclave. This sensation of luxury, privacy and lush surroundings are part of the reasons why Hollywood Hills continues to remain the preeminent location for the Los Angeles area elite, and will likely do so for the foreseeable future. New construction, which is severely limited in Bel Air, Beverly Hills and West Hollywood, is comparatively more laissez affaire. Architecturally, Hollywood Hills proves to be the more adventurous and trend setting of the high end neighborhoods. Ranging from the sleek midcentury homes, the 70's - 80's advanced modernes, the odd Post-Modern to the recent gamut of Niemeyer inspired ReModernism (look it up) Hollywood Hills leads the way. Given this context it's helpful to keep a particularly close focus on this neighborhood. Who knows? Will eclectic maximalism displace the hybrid japanese-scandinavian minimalism that is currently reigning supreme? Whatever the case, the latest in design and style worlds will be played out in the Hollywood Hills.
New Developments
Notable Sales
Property Search
Join Our Network
Keep up to date with the latest market trends and opportunities in Los Angeles.
Skip to content